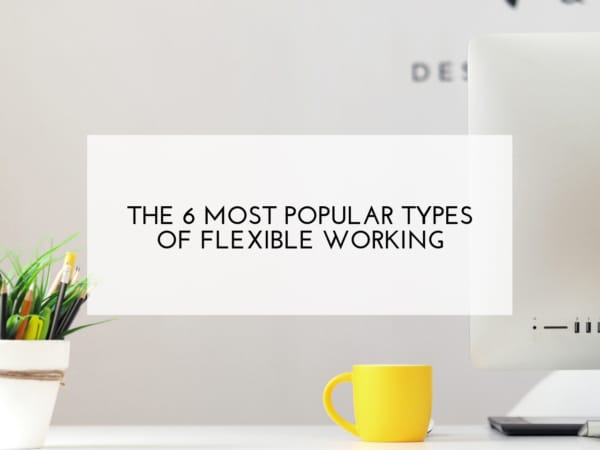 Do you want to work more flexibly? Or, do you already work flexibly and are bored in your current job but worried that it will be difficult to find another flexible role? If the answer to either of these questions is, ‘yes’, you are not alone. Research from Timewise shows that 87% of the UK’s full-time workforce either work flexibly already or wish they could. When I had my son Ben 12 years ago, I thought the only real way of working flexibly was to ask my current employer for part-time hours and hope that he would be understanding. As far as I could tell at the time, if you were in a job and were lucky to have a supportive boss you might be able to negotiate part-time working. Trying to find a new role that would offer this flexibility from day one seemed like searching for a pot of gold at the end of a rainbow. When jobs that were advertised as part-time did pop up, they were typically for lower-level, less skilled roles.

It’s exciting to see how much times have changed since then. In April 2003 the UK government introduced the right to request flexible working for parents and carers who had been with their organisation for at least 26 weeks. In June 2014 this was extended to apply to all employees. Although this was great news for anyone already in a job, it still didn’t tackle the issue of finding a new job that is flexible. So, it was great to see that in March 2018, the government appointed Women and Equalities Committee made the recommendation that it should become the law for all jobs to be advertised as flexible from day one (unless there is a solid business base not to).

While we wait to see what happens next, certain people are taking matters into their own hands to try and drive change. Cheney Hamilton is one of them. Frustrated by her own experience of requesting flexible working, she and her husband Liam have gone on to set up three job boards that only advertise flexible roles: MummyJobs.co.uk, DaddyJobs.co.uk and Flexisbest.com. As well as setting up the job boards, she advises businesses on the benefits of implementing flexible working. There are some great employers advertising their roles with her and they aren’t just the lower level roles that have traditionally dominated the flexible working space. Many of the roles are challenging, interesting, career-satisfying ones.

In the interview below, Cheney talks me through her personal story and explains her idea of the ‘Six Pillars of Flexible Working’, which are the six most popular types of flexible working that she has identified through her own research. You can watch the video of our interview here, or read the transcript of the interview below.

The links to all of Cheney’s job sites can be found in Bright Sky HR’s blog post: Recruiters and Job Boards that Specialise in Flexible Jobs.

What drove you to set up these job boards?

Inflexibilty is the main thing that aided us to make our decision. Back in 2014 I had my first daughter, Beatrice, who was born with hip dysplasia and we went through a lot at hospital with surgeries and it was a really tough time for me and my husband. Before she was actually born we had a chat about the shared paternity that had just come in and my husband was really keen to actually take shared paternity leave and I was quite keen to go back to work after five months. So, the fact that she had dysplasia solidified that decision. So, after 5 months, I went back to work full time and that was quite tough and after a while Liam started to suffer from depression. So, I then went to my employer and explained to him and asked if it would be OK for me to go down to 4 days so that Liam could go back to work even for 1 day and my employer was amazing and said it was fine and there was never any pressure on hurrying back to work.

When we skipped on two years and Eliza was born, I wanted to work flexibly and the accommodation wasn’t there. You could go part time but that was it. There was no home working or things like that, so I took at step back at that point. I think I was about five months into my maternity leave again and I just thought I couldn’t be the only 30-something women that wanted flexible working and couldn’t get it.

I didn’t want all of my 16 years’ worth of education and skills to go to waste. I still wanted to work and having looked round, there were lots of multi level marketing companies out there but nobody seemed to be really driving PAYE positions and trying to enforce change within the flexible working space. For me, from the outside looking in, I couldn’t find it. So we launched MummyJobs last May 2017, DaddyJobs about 6 weeks later and then in February this year, we launched Flexisbest and its been a rollercoaster journey because there are so many people working in this space and we’ve collaborated with so many amazing people.

What are the six pillars of flexible working

How are these pillars ranked?

It’s the popularity from a candidate perspective because I do think that’s important especially if an employer is looking at what they can do to start chipping away at flexible working if they haven’t done it before or if they know that they’re still going to get a hefty candidate response by just offering flexible start finish times, then obviously that’s the way to go. If they are looking at job share for example, which was our least popular, in terms from a candidate perspective, you know they’re not going to get the volume of response that they could expect if it was flexible start finish times.

We do quite a lot of research with our audience so we are always asking them, what is your most ideal re-entry? Is it flexible working, is it part time working? How do you want to do it?

How do people keep track of the roles that you have on your site?

Now we have the new site, people can actually register and sign themselves up for job alerts, which we didn’t have on the old platform because it was a very basic one and we didn’t realise quite, exactly how many people out there wanted flexible working. So we do have that mechanism on the site now, obviously we’ve got our Facebook pages, Facebook groups and we’re on Twitter and LinkedIn as well. 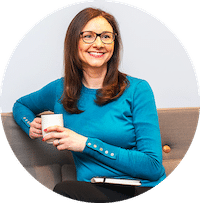 Fay Wallis is a Career Coach with a background in HR and Recruitment. She is the founder of Bright Sky Career Coaching, where she helps people overcome their career challenges with confidence. Fay creates free resources via blogs, videos and templates to help tackle many of the career issues her clients come up against. To have her latest resources sent to you as soon as they are created just sign up below.

You have Successfully Subscribed!

This website uses cookies to improve your experience while you navigate through the website. Out of these, the cookies that are categorized as necessary are stored on your browser as they are essential for the working of basic functionalities of the website. We also use third-party cookies that help us analyze and understand how you use this website. These cookies will be stored in your browser only with your consent. You also have the option to opt-out of these cookies. But opting out of some of these cookies may affect your browsing experience.
Necessary Always Enabled
Necessary cookies are absolutely essential for the website to function properly. This category only includes cookies that ensures basic functionalities and security features of the website. These cookies do not store any personal information.
Non-necessary
Any cookies that may not be particularly necessary for the website to function and is used specifically to collect user personal data via analytics, ads, other embedded contents are termed as non-necessary cookies. It is mandatory to procure user consent prior to running these cookies on your website.
SAVE & ACCEPT